Are you just as confused as other pet parents when it comes to deciding what to feed your canine companion? Don’t feel bad, you are not alone. Alex, our first dog, ate mostly kibble til she got to be about 10 years old or so. Because I saw how much her mobility was declining, after doing some research I ended up mixing kibble and fresh food. Result: within days she was moving around without a problem. Seeing this made me, depending on the dog, mix fresh food and kibble and so this is what Abby and Charlie usually get:

When I fed them only kibble, Abby’s tush stunk and she did #2 often-more than twice a day-and her mouth smelled, while Charlie’s #2 was too soft and he licked his butt like crazy.

Through trial and error, I figured out what worked best for my dogs and that is a mix of fresh food and kibble. I’d suggest you do some research-books, nutritionist, other pet parents-and slowly see what works for your dog. Just like humans, what works for one person may not work for another. Feed what’s best for your canine companion and don’t forget to take her out for a walk. Stay safe.

Abby turns 7 years old today. Could you believe how time goes by so fast? We are so happy to have her in our lives and so this is what we’ve planned for her: Yummy brunch, she had some fried rice and eggs this morning; napping in front of the fireplace which she seems to enjoy very much; and dinner, later on, chicken, rice, veggies, and for dessert-wait for it- a small cake that she’ll have to share with Charlie.

I am usually really bad about birthdays. I end up posting and celebrating well after the actual birthday took place, so this year I decided to change things and do it the day of the birthday itself.

Is Abby going to get any presents? Yes, we’ll be going to do some shopping for her next week. As you could see I am far from perfect, so if you forget your doggie’s birthday don’t feel bad just make up for it later on. Happy birthday my beautiful Abby!

Happy Valentine’s Day to all of you pet parents and your canine kids! Although the day started cloudy with some flurries, as time went by it turned out to be sunny and nice enough to take a long walk. Aside from celebrating this day about love, we also celebrate it because Charlie, yesterday, has been with us for one year. Could you believe that? Time goes by so fast.

Enjoy this beautiful day with your family, give them extra hugs and kisses, and don’t forget to walk. Stay safe!

The above cutie pie is Roxie, a Yorkshire Terrier often shortened as Yorkie, who is vacationing with us so I decided to highlight a few of her breed’s traits:

As days go by, we’ll see about the traits I mentioned in Roxie. Enjoy your weekend!

Our Alex, a pit bull mix, was one of the best dogs I’ve ever had as a pet and as my helper when working with other dogs to modify their behavior, but my girl, when we got her as a puppy, had bad separation anxiety so it took us a while to get her to be balanced. Let me tell you that she was worth it. We had her for 13 years, and even now I don’t think that it was long enough.

Our Charlie, the new addition to our family, has separation anxiety and he is getting better as time goes by:

-We couldn’t leave him in any room by himself because he would scream murder at the top of his lungs. Nowadays, he is able to stay by himself for a short period of time.

-Charlie would bark/whine when Abby went out to do her business. Recently, he only makes a funny sound, yes sometimes he still whines, but the intensity and length of time is but a couple of seconds.

-When we placed Abby in the car first, Charlie would go berserk. As time went by, he understood that he would get in the car too so he does get excited, but it’s manageable.

The above is just a few of the things we’re working on with Charlie and his separation anxiety. To those pet parents that are probably asking themselves, “How long will it take for that separation anxiety to disappear?” Let me tell you that it depends on the dog, the activities you are doing with him, the behavior and training you are working on, and the consistency and commitment on your part. Work hard, but also remember to take a break every so often. Stay safe.

Reasons Why You Should Foster A Dog 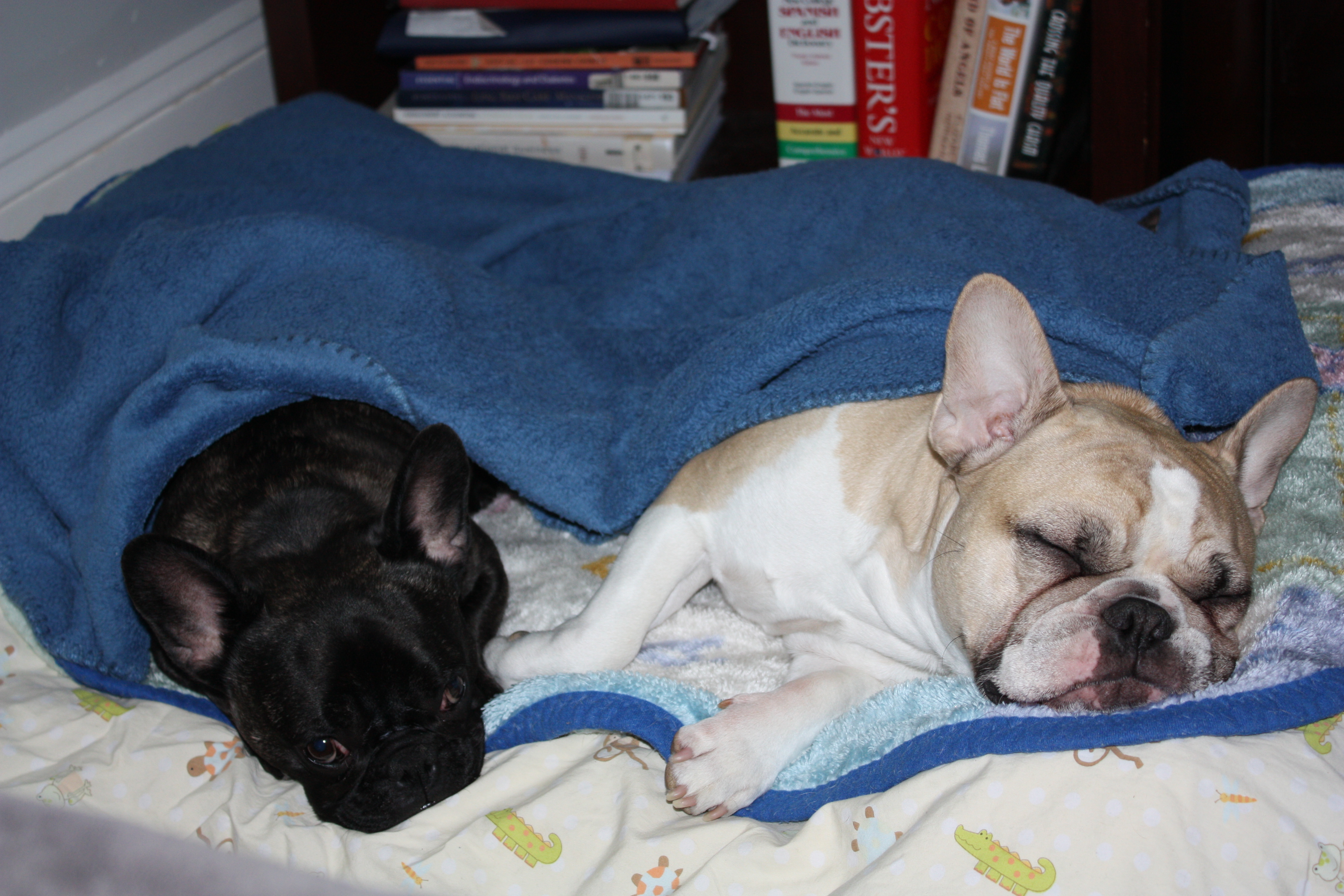 These are just a few of the reasons why you should foster a dog: 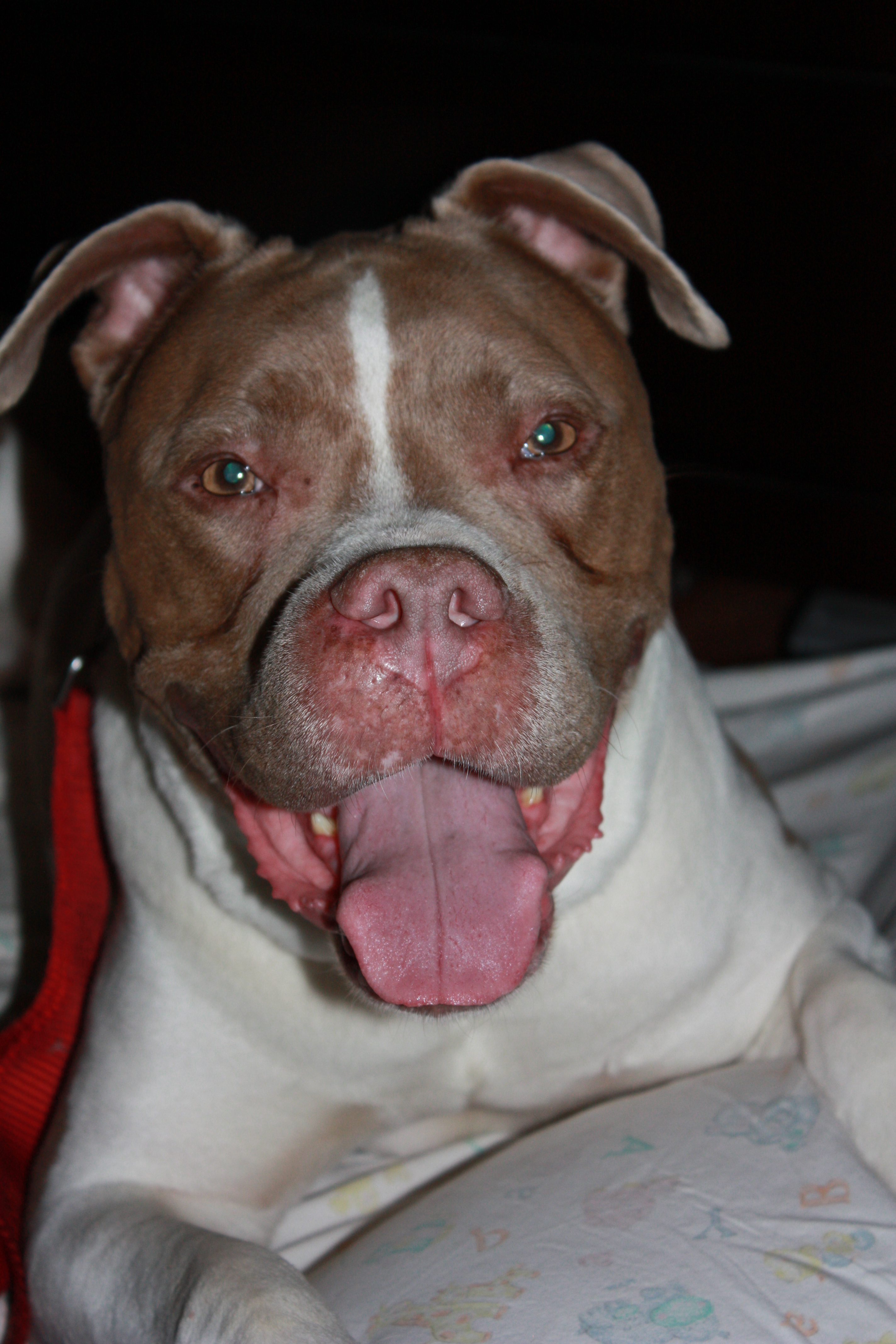 Fostering a dog has many challenges, but the difference you’ll make on that dog’s life will be priceless!  Talk to a few organizations in your area and find out more about what fostering a dog entails.

Abby, “Treats after this picture mom?”

Happy New Year from All My Canine Companions to you and your furry kids.

Regardless of how you spent the new year – some of us did lot of walking and napping – we hope you had a great time and enjoyed your loved ones.  Happy New Year! 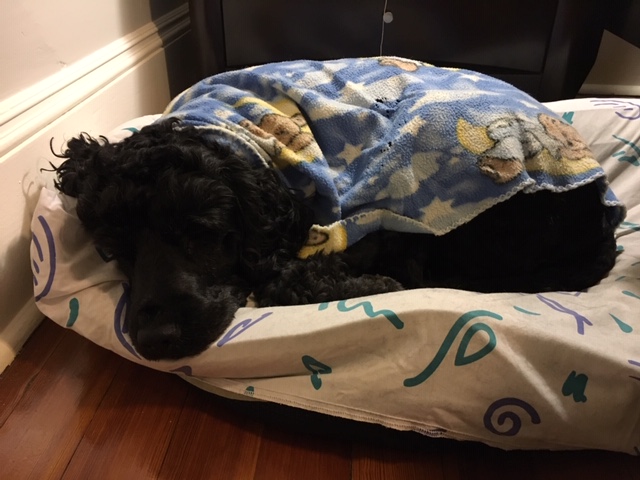 Prince, “I am so tired. Please turn off the light for me.  Thanks!”

We waited until after midnight to go to bed in order to wish each other Merry Christmas, but our canine companions were ready to go to bed already so we followed Prince’s example, and it was lights out for my pack. 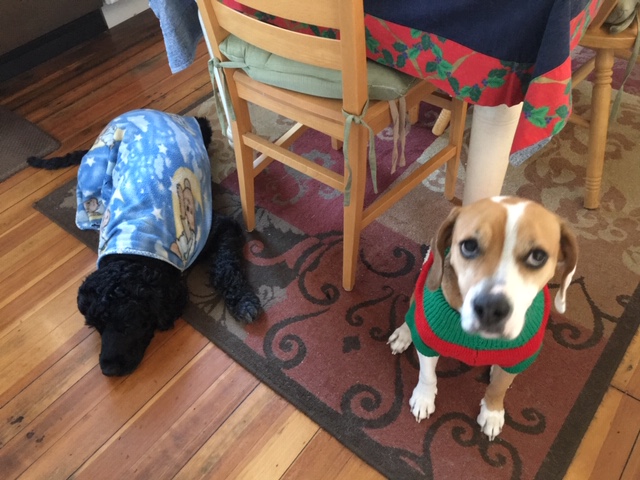 Abby, “Moms, could we our breakfast and presents already?  Please!”

This morning, my impatient girl, Abby, was eagerly waiting for breakfast and presents in the form of treats.  Prince, on the other hand, was a lot more casual about it.  We wish you a Merry Christmas to all of you!

A Tired Dog Is A Good Dog

When a dog gets sufficient mental and physical stimulation, she will be well behaved and balanced.  The majority of the “issues” pet parents encounter with their canine companions is due to a lack or inappropriate amount of mental and physical activity.

Yes, I do believe that most, not all, dog owners are healthier people than those without dogs.  I remember a couple of years ago when my Alex was injured and unable to walk with me, I went out by myself to walk, and I still remember how boring it was.

I never did it again.  What was the solution?  I started to offer dog walking as one of my services.  Regardless of your dog’s breed, go out and take him for a walk.  A dog will keep you active, and – this is the best part – he or she will surely enrich your life.

If you don’t believe me, ask any pet parent about it, and they will be glad to talk your ear off, and show you an amazing amount of pictures of their fur babies.  For those without dogs, give it a try and foster a dog and see how much your life will change.